Barry D. Cohen
"Let us help you make a recovery while you recover." 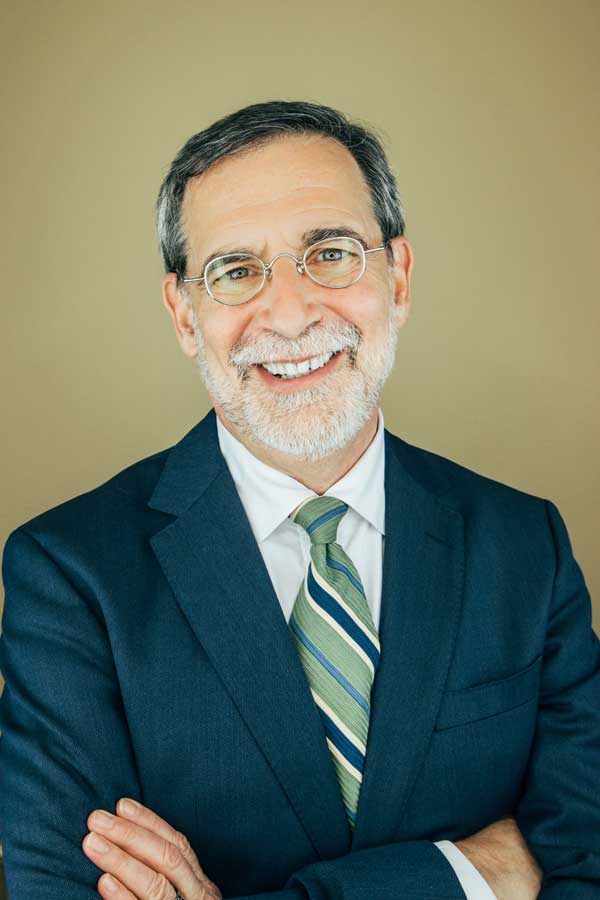 Mr. Cohen was a founding partner and currently is Of Counsel. For more than 40 years, his practice was civil litigation, focusing on personal injury, maritime, product liability, professional negligence, and construction accident claims.  Mr. Cohen is certified by the New Jersey Supreme Court as a Civil Trial Attorney (2001 to present), which is the highest specialty certification available to NJ civil trial attorneys.

Mr. Cohen graduated Summa Cum Laude and fourth in his class from Rutgers University (New Brunswick, NJ) in 1974 with a Bachelor of Arts degree. While in college, Mr. Cohen, along with a roommate, Edward Rosenthal, co-founded Academic Activists, which then became New Jersey Public Interest Research Group (NJPIRG). In addition to organizing the initial chapter at Rutgers, they organized chapters at a number of colleges and universities around the State.  Over 40 years since its inception, NJPIRG remains one of the most vital and respected not-for-profit consumer-based student-run advocacy groups in the nation. Mr. Cohen was also a co-founder and executive vice president of Hamagshamim, a college-based Jewish student advocacy organization.

Mr. Cohen obtained his J.D. In 1979 at the Catholic University of America (Washington, DC). While in Law School, Mr. Cohen was selected as a member of the Columbia School of Law Catholic University of America Law Review and  wrote an article entitled “The Diplomatic Relations Act of 1978.”  This article reviewed the most thorough ongoing revision of the law involving diplomatic immunity since federal legislation regarding sovereign and diplomatic immunity was enacted in 1789.  The article was referenced in a number of national television news programs at the outset of the Iran Hostage Crisis in November 1979 since the Law Review article had been just been published and was the most recent authority on the subject.

Mr. Cohen’s wife of over four decades, Ronnie, is a speech-language pathologist whose practice began when they moved back to the area in 1979.  The Cohens have three grown children that are a great source of pride.  Their eldest son, Joshua, a graduate of Manhattan School of Music, is a nationally recognized novelist and book critic.  His latest novel, “Book of Numbers,” was a national bestseller.  For many years, he was the new book critic for Harpers Magazine and his reviews have appeared in leading papers and periodicals around the world. He is also a professor of creative writing and literature at Columbia University. Their middle child, Noah, is a chief surgical resident at NYU/Langone University Hospital in New York City and will soon start his fellowship in surgical oncology at Sloan Kettering Memorial Hospital.  He and his wife Erica are parents to the Cohen’s only grandson, Benjamin.  Talia, the youngest, is currently an executive and producer at a NYC-based media company.

Although work and family have kept Mr. Cohen quite busy, when he has free time, he enjoys snooping around junk and antique shops for “found objects” and repurposing them in making,  lamps, sculptures, clocks, and other objects. He also enjoys snow skiing, traveling whenever possible, distance bicycling, reading, theatre, movies, and good food and wine with friends and family.

Mr. Cohen initially worked as a defense attorney concentrating on architectural and engineering malpractice and construction litigation.  He served briefly on the State Board of the New Jersey Defense Association. Approximately five years later, he began representing plaintiffs, including those harmed in car crashes, as a result of product defects, or injured on construction sites, in trip or slip and fall incidents, animal attacks/bites, etc. Barry became a member of the State Board of Trustees of New  Jersey Association for Justice (formerly NJATLA), the premier plaintiff personal injury advocacy organization in New Jersey and served on the board for over 15 years.

Barry explains that there were three primary reasons he became an attorney. First, he came from a family with eight generations of physicians on his mother’s side but medicine was not his cup of tea. Instead, he was drawn to the law as he observed the societal hurt that needed healing. “In law, I found the  effective tools required  to make right that which was wronged or to rectify an injustice.” Additionally, while he has always had the temperament for aggressive advocacy, Barry is also a very curious person. “Each case I have had has taught me something new – whether it is how a defective product could have been better designed to avoid the harm it caused  or insights into how or why an apparently minor oversight can have immense and sometimes devastating consequences.”

Barry finds great satisfaction in representing truly injured people incapable of obtaining justice on their own; who are honest and forthright;  and who put their trust in him and the firm. The opportunity to discover the key that successfully unlocks a case and then to advocate on behalf of a client, whether before a judge, a jury, a defense attorney or an insurance company adjuster; and to achieve a successful result on their behalf is rewarding, especially when a client leaves the office not only satisfied with the results but enthusiastic to recommend the firm to their family and their friends.

Mr. Cohen has been recognized for his outstanding legal work as well as his service to the community.

Mr. Cohen has been active in numerous organizations throughout his legal career.

For more information on personal injury or to set up a free consultation in Central and Southern New Jersey, contact the Personal Injury Department at (888) 675-7607.

Here are some excerpts from client testimonials about Barry Cohen.  To read the full testimonial, click on any of the “Read more” links below.

I first met with Barry Cohen who was very friendly, guiding me in the right direction to see medical professionals who could help me start getting relief from my injuries.
Read more.

I would highly recommend Petro Cohen! Barry Cohen and his assistant, Christina Philpot, along with Rich Gaeckle and everyone at the offices were just amazing!
Read more.

I would recommend anyone who is in a car accident to contact Barry Cohen and Petro Cohen – they were terrific!
Read more.

When my wife and I were involved in a very serious car accident, we were fortunate to find Barry Cohen of Petro Cohen.
Read more.

When my daughter investigated the possibility for an attorney that could help us with my slip and fall accident, she found Barry Cohen at Petro Cohen law firm and was impressed. We liked Barry immediately…
Read more.

When I was injured in a very serious truck accident, my wife called a friend who is an attorney and asked if she could recommend someone. Without hesitation, our friend told my wife that we needed Barry Cohen.
Read more.

I was referred to Barry Cohen by a local friend and was impressed that he came to my house to meet with me and hear my story.  Although I had been given another attorney referral, I was immediately comfortable with Barry’s knowledge and expertise.
Read more.

I felt very comfortable working with Barry – he is a gentleman and a true professional, a craftsman at his trade!
Read more.

Barry Cohen was the first and last attorney I met with, as I knew immediately that he would take care of me better than anyone else.
Read more.